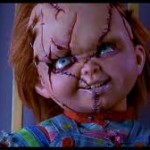 I recently spoke with an executive at a major motion picture company.  He was telling me about how their advertisements are regulated by multiple agencies (the Motion Picture Association of America) and the FTC, because of this their creative freedom is significantly restricted.  If they were producing a horror movie they would want to scare people into seeing the movie or if the movie was R rated they would like their advertisements to be the same, but the advertisements must be toned down.  To get around this though the film industry is taking an indirect route by placing advertisements on video sharing websites (such as Youtube).  They create the ad for another market (where the ad would be legal) and then the ad is placed on youtube and if it happens to be viewed by people in the United States, well……

Click below to see one such ad produced in Brazil for a movie that made most of its money in the United States.